Police: Man in Wyoming facing DUI blames 4-year-old son October 25, 2021 GILLETTE, Wyo. (AP) — A man in the U.S. state of Wyoming allegedly tried getting out of a drunken driving charge by claiming his 4-year-old son was behind the wheel. Campbell County sheriff’s deputies pulled the 39-year-old man over Saturday. They were responding to a report he’d been fighting with a woman, sheriff’s Lt. Paul Pownall said. The man had driven off by the time deputies arrived but they caught up with him and his two sons, aged 4 and 15, in his pickup truck later, the Gillette News Record reported. The man said his 4-year-old son was sitting on his lap and was the one driving, sheriff’s officials said. They say the man refused field sobriety and breath tests. Deputies arrested him on suspicion of driving under the influence, violating probation and driving without a required device on his vehicle used to detect alcohol, Pownall said.

— Time behind bars is pending for two people who were arrested on charges of driving under the influence in December. They aren’t going to jail for driving drunk — but for refusing to comply with a judge’s search warrant for their blood on the mornings of their arrests. Christian Joel Garza and Nina Lynn Ruberti were arrested separately, but their cases have unfolded in a similar fashion. advertisement They both refused breath tests and blood tests after being arrested on suspicion of DUI in Teton County. The cases are somewhat unusual and could force the Wyoming Supreme Court to decide what’s applicable to state law. Jurors recently found both defendants guilty of interference for refusing blood draws after a judge signed warrants. Garza was pulled over at Highway 22 and Walton Ranch Road on Dec. 3 for driving 62 mph in a 45 zone, according to a probable-cause affidavit. “Deputy Bradley Goering noted that Garza’s facial muscles were relaxed and his eyes were glossy,” documents state. “Deputy Goering could smell the odor of an alcoholic beverage coming from inside the vehicle.” Garza admitted to drinking several beers, police said, and submitted to a few field tests but refused breath, blood and urine tests. In Wyoming, if a DUI defendant refuses a blood test police can apply for a search warrant under the Wyoming Implied Consent Advisement. The law was enacted in 2011. Goering applied for a warrant for Garza’s blood after booking him into Teton County Jail around 2:30 that morning. Teton County Circuit Court Judge James Radda approved the warrant, and Garza was taken to St. John’s Medical Center for the blood draw. “As the laboratory technician was preparing to draw Garza’s blood, Garza stated he would not allow his blood to be drawn,” police stated. Goering told Garza refusing the search warrant would result in an interference with a peace officer charge. “Garza stated he understood but still refused to allow the blood draw,” police said. The state of Wyoming dismissed the DUI charge, but a Teton County jury found Garza guilty of interference after an April 11 trial. He was sentenced to 75 days in jail. Garza believes the interference charge and search warrant blood draw are violations of “civil and human rights.” “The punishment is abuse of power,” Garza told the News&Guide in an interview Tuesday. “It’s an overreach of government power.” The Teton County Prosecutor’s Office sees it as a way to learn a lesson. “He had a prior DUI conviction,” Teton County Deputy Prosecutor Clark Allan said. “People need to understand that refusing to cooperate with the search warrant is a bad idea, and if you get convicted of that you’re going to jail.” Garza’s attorney, Alex Freeburg, is in the process of filing an appeal, which means there’s a stay on Garza’s jail time. Nina Ruberti was pulled over Dec. 20 for driving 42 mph in a 30 mph zone, according to the Teton County Sheriff’s Office. Deputy Gary Fairhurst pulled Ruberti over near the Virginian Saloon just after midnight, according to a probable-cause affidavit. “Dep. Fairhurt noticed that Ruberti’s speech was very slow and slurred and her eyes were very glassy,” documents state. Ruberti admitted she had one glass of wine at a Christmas party earlier in the evening and after smelling “peppermint and alcohol” Fairhurst asked her to step out of the car. “Deputy Fairhurst noticed Ruberti lost her balance as she stepped out of the vehicle,” police said. Ruberti wouldn’t perform a field sobriety test. “I’ve been told not to say or do anything,” Ruberti told Fairhurst. She also refused a breath test, so Fairhurst arrested her for suspected impairment based on his other observations. When Ruberti refused chemical tests, Fairhurst got a signed warrant, but she refused that and was charged with interference. Last week a Teton County jury found Ruberti guilty of interference.

Andrew Mascarenas was convicted of driving under the influence nine times between 1990 and 2015. His latest episode occurred in January. By Travis Loose, Patch Staff | Apr 12, 2018 7:05 pm ET 10th Drunk Driving Conviction = 5 Years In Prison For Wyoming Man HILLSBORO, OR —

A serial drunk driver from Wyoming was sentenced to five years in prison on Thursday. Washington County Circuit Court Judge Andy Erwin apparently decided 10 driving under the influence convictions was more than enough for 50-year-old Andrew N. Mascarenas. Mascarenas, of Cheyenne, Wyoming, was previously arrested for drunk driving nine times between 1990 and 2012. He reportedly served nearly two years for his last DUII conviction. The case for which Mascarenas’ five-year sentence was handed down reportedly stemmed from an incident in Beaverton in January. According to the Washington County District Attorney’s Office, Mascarenas was pulled over on Beaverton-Hillsdale Highway after leaving The Dolphin strip club at around 2:30 a.m. Jan. 14. After watching Mascarenas drive the wrong way down the highway, cross the concrete median, and nearly hit another driver head-on, Washington County Deputy Gary Upton pulled him over. During the subsequent conversation with Upton, Mascarenas reportedly claimed to have only drank two beers over roughly 5.5 hours at The Dolphin. Yet he reportedly still said he drank too much and that he shouldn’t be driving. Court documents show Mascarenas refused to take any sobriety tests. Leaning on a “diabetic episode” defense during trial, Mascarenas’ lawyer reportedly tried to convince the jury that Mascarenas didn’t “understand what was happening in his own body” when he told jail staff that an abnormally high blood sugar content “was normal for him and higher blood sugar actually makes him feel better.” Ultimately, the jury did not go for it and found him guilty. And Judge Erwin during sentencing stated, “Given the defendant’s history his sentence must prioritize public safety and the need to keep him away from alcohol and vehicles as long as possible.” 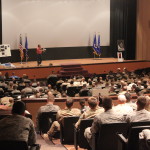 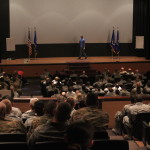 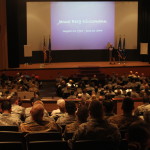 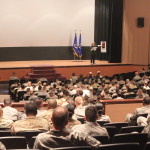 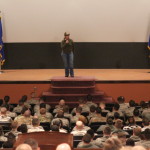 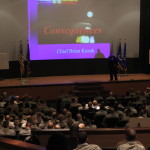 CHEYENNE – On average, a graduate of Laramie County’s DUI Court program was arrested more than eight times before he or she started the program. Post-graduation, they have been arrested an average of 0.32 times per person. “We’re getting people that are not committing any further crimes when they’re coming out of this program,” Drug Court and DUI Court Director Kurt Zunker said. “I don’t know if any of the criminal justice programs that operate in this county can say that,” he continued. “People who come out of these programs are becoming productive members of our community, so that’s a big deal to me.” Zunker gave a presentation Wednesday evening at the Laramie County Library. He focused on a study he recently conducted to determine program graduates’ recidivism rate, or their risk of committing new crimes. “Are we using these programs to the maximum benefit in the community? Probably not,” Zunker said after the presentation. “We shouldn’t have any openings in either program, but I have openings in both; and when you look at that arrest data – that should speak for itself.” Zunker examined Drug Court graduates admitted to the program between July 2009 and December 2014 and DUI Court graduates who were admitted between March 2010 and October 2014. Numbers show that the Drug Court graduates had an average of 4.8 arrests before they started the program. During the program, they had an average had 0.08 arrests per person. Post-graduation, they have a per-person arrest average of 0.4. “The results, in my opinion, are pretty impressive,” Zunker said. “They are almost arrest-free once they graduate the program.”